On September 11, 2021, the 2nd regular meeting of the Council of Urgench State University was held. The meeting was chaired by the rector of the university and attended by members of the council. The Council began its work again with more than one good news. Including:

Dean of the Tourism and Economics Faculty I.Abdullayev, who received the title of professor, solemnly presented the diploma.

Awarded the certificate to Feruza Masharipova, senior lecturer of the Foreign Philology Faculty, who returned with an improved qualification at the University of Texas, in Austin, USA.


A group of professors and teachers were awarded PhD diplomas: 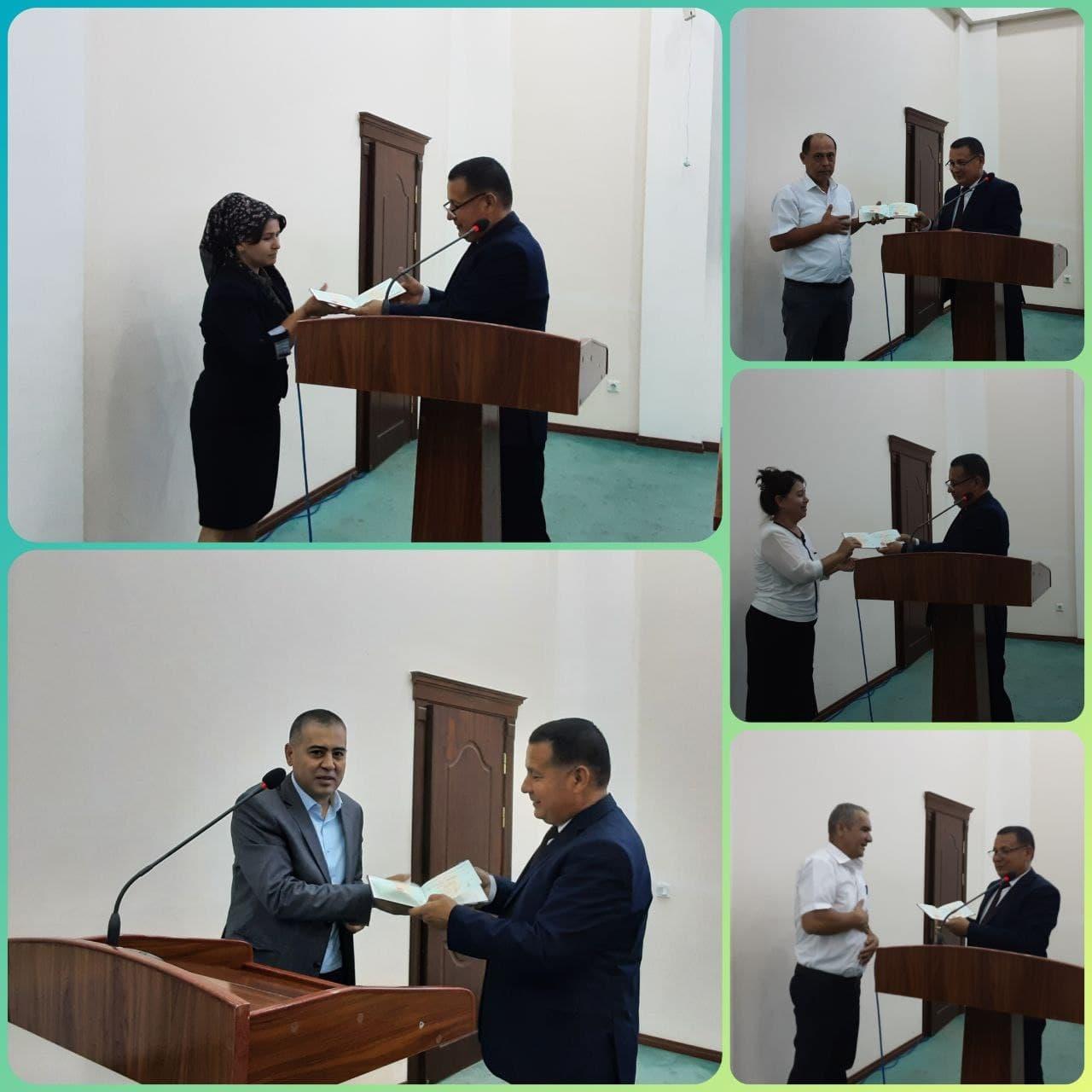 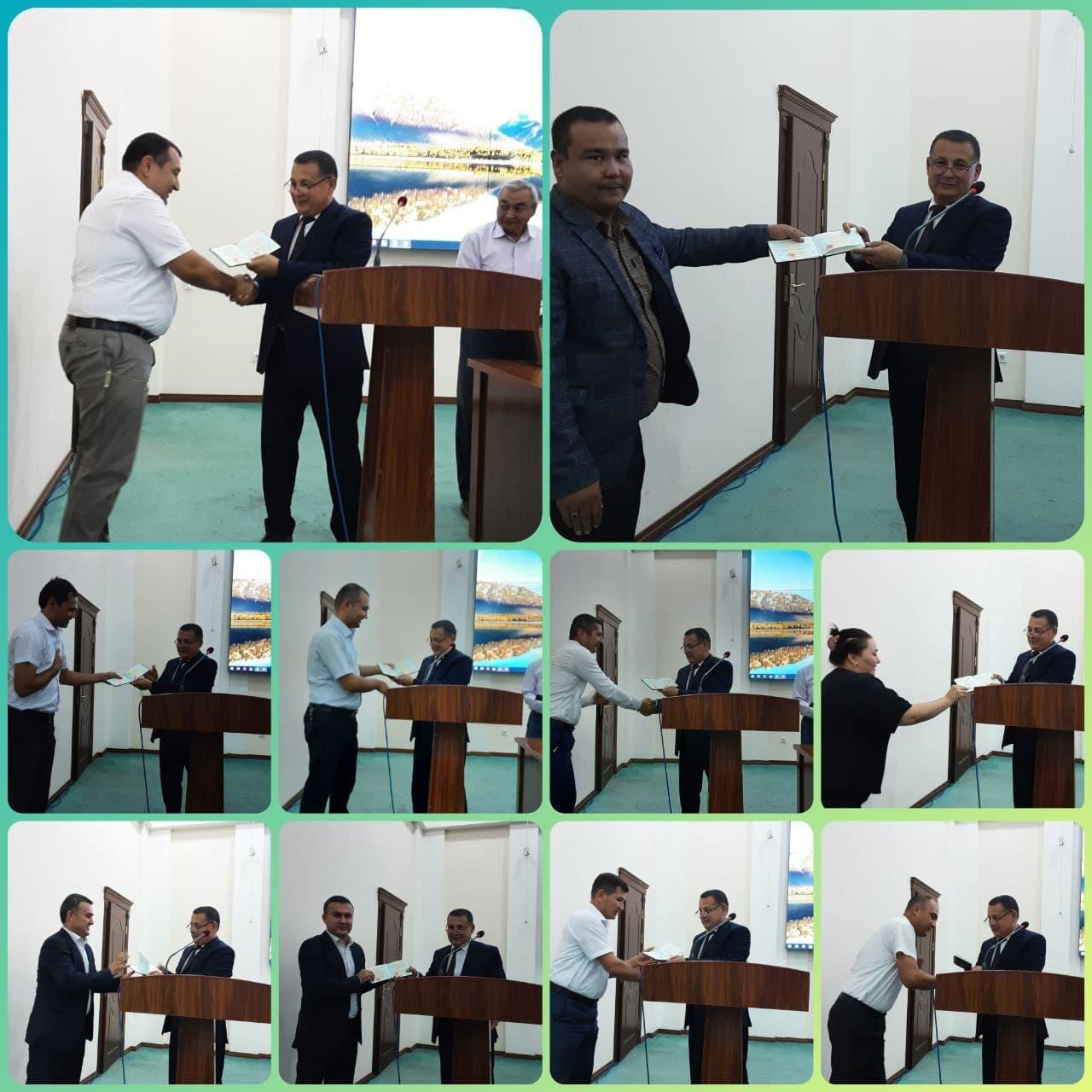