On November 19 of this year, a meeting of "Internal Affairs Officers and Tutors" was held in accordance with the plan of spiritual and educational events to be organized with the participation of tutors working at Urganch State University.

The meeting was attended by the head of the Department of Internal Affairs No.1 of Urganch city, lieutenant colonel Sh. Khasanov, the chairman of "Marifat" neighborhood A. Khadjiyev, as well as the first vice-rector of UrSU S. Davletov and all tutors of the university.

At the beginning of the event, First vice-rector S. Davletov gave an introduction and gave a speech on the work of tutors. After that, the head of the Urganch Department of Internal Affairs No.1, Lt. Col. Sh. Khasanov, spoke about various crimes among young people in the city of Urganch, and the work carried out by the Department of Internal Affairs to eliminate them. He expressed his proposals for working together to prevent various crimes that may be committed among students.

At the meeting, the tutors asked questions and received answers from experts in the field. 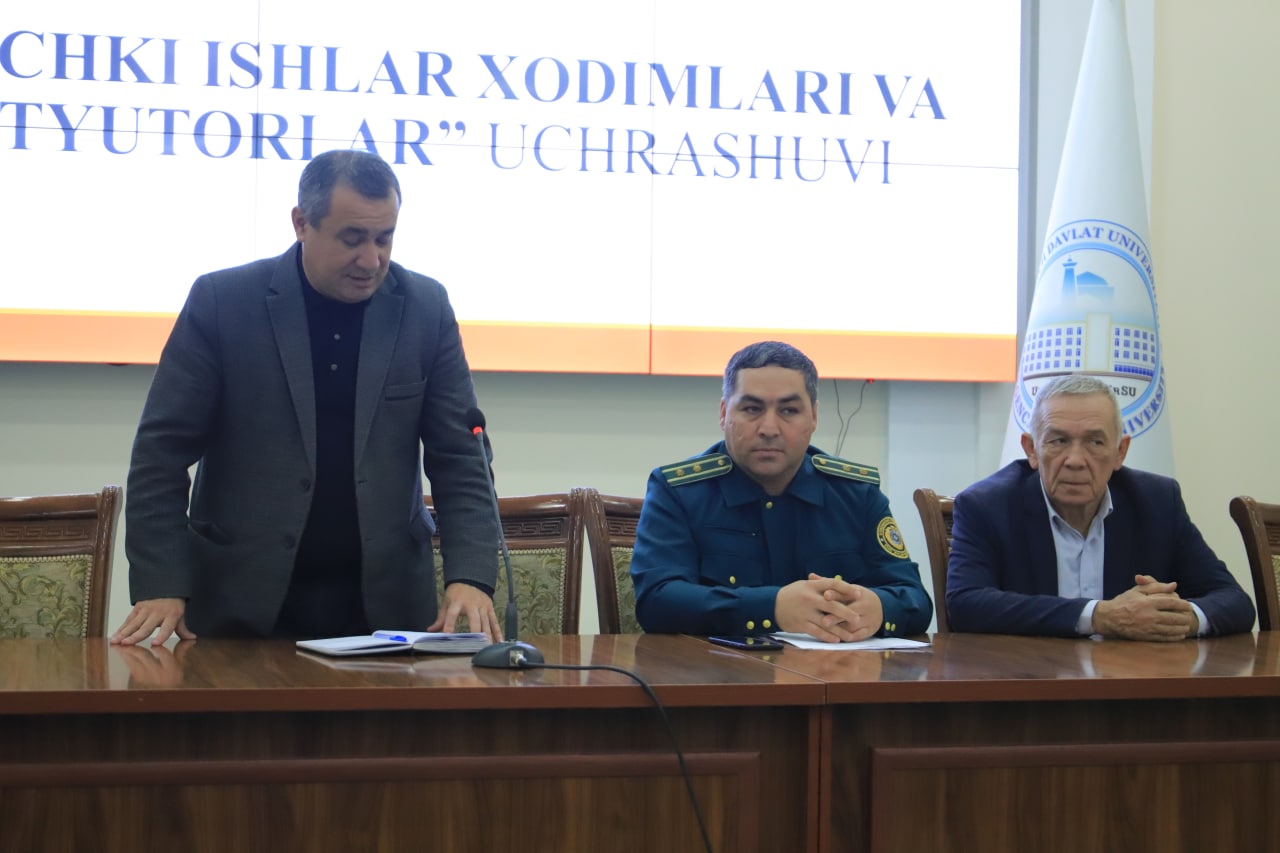 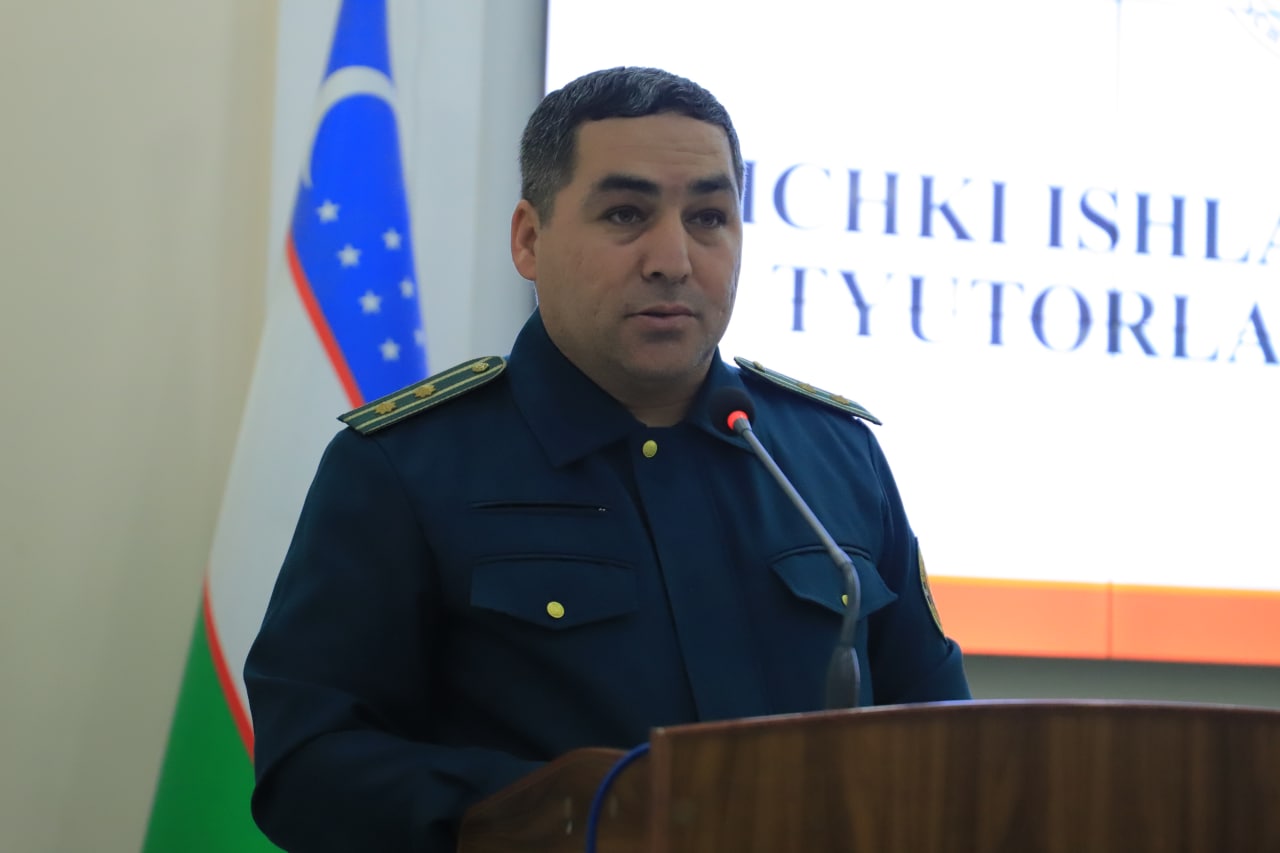 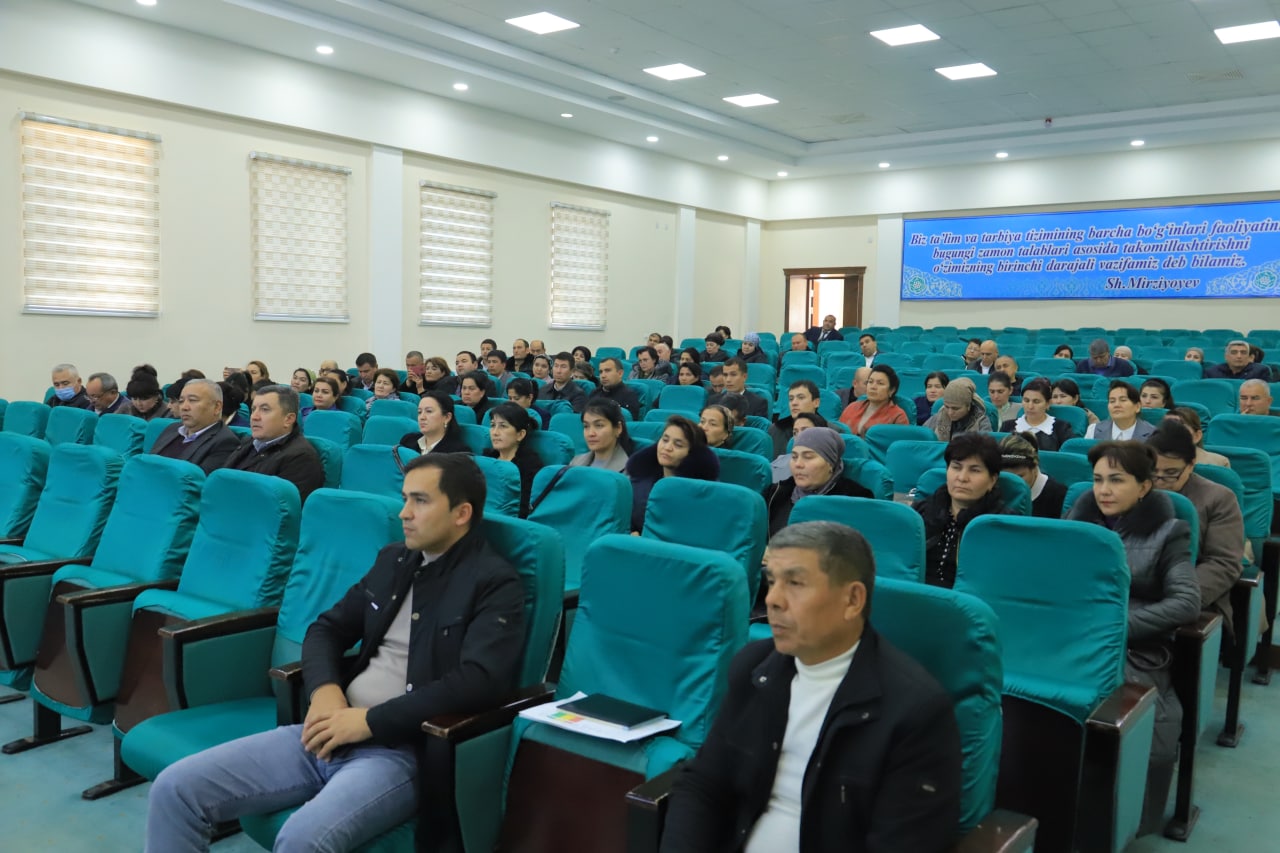 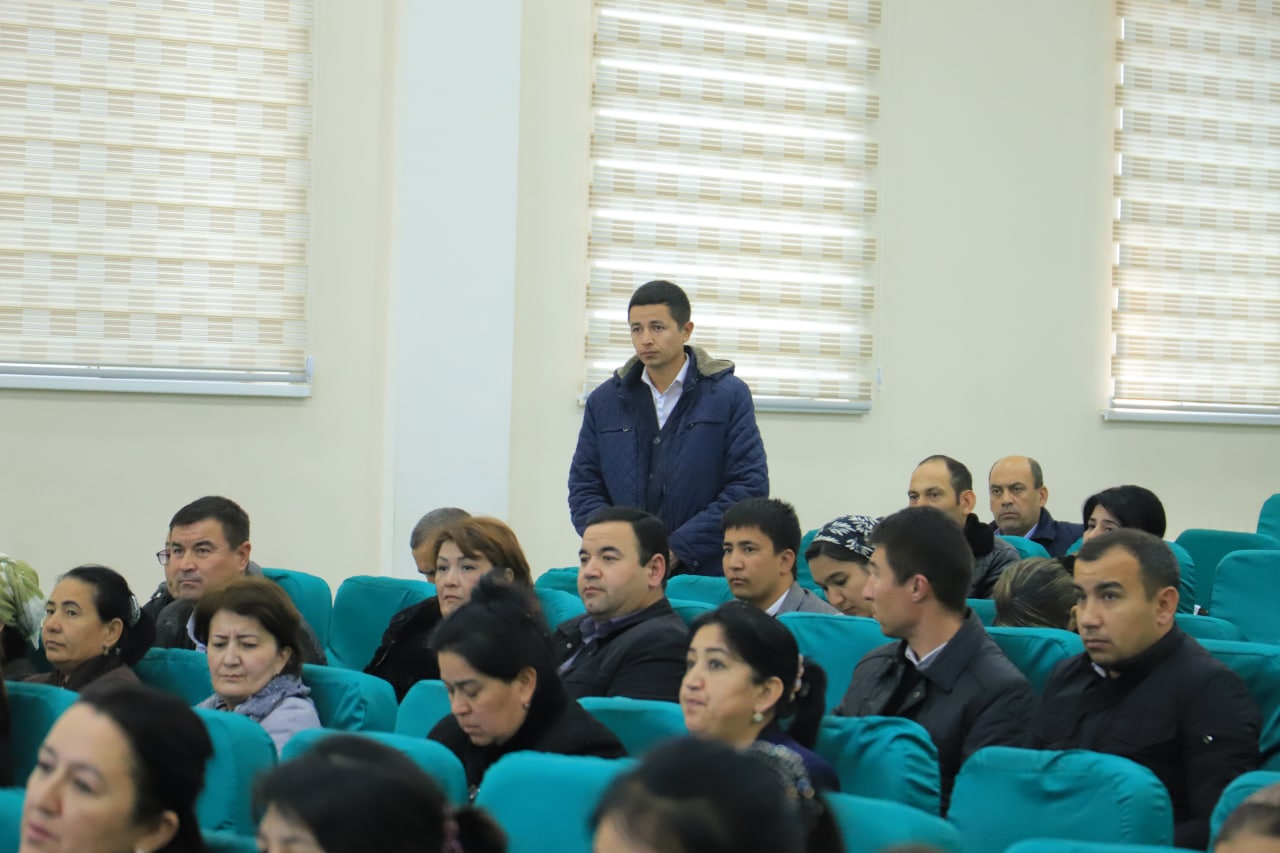