Honoring and respecting women is a specially recognized point in our nation. Today, priority tasks have been set to improve the position of women and ensure gender equality in society, and large-scale work is being carried out on it.

According to the resolution of the UN General Assembly on December 17, 1999, November 25 was designated "International Day for the Elimination of Violence against Women". In this regard, today, on November 24, a spiritual and educational event was held on the topic "We are against violence" at the initiative of the Women's Advisory Council of Urganch State University.

Those who gave a speech at the event spoke about the consistent and effective efforts to ensure gender equality in our country in the following years, the legal criteria for guaranteeing women's rights, the use of force on women, and the fact that the serious importance is attached to the elimination of domestic violence in particular, and lectures on ensuring equal rights of women, preventing any forms of violence against them, and protecting women's rights and freedoms were heard. 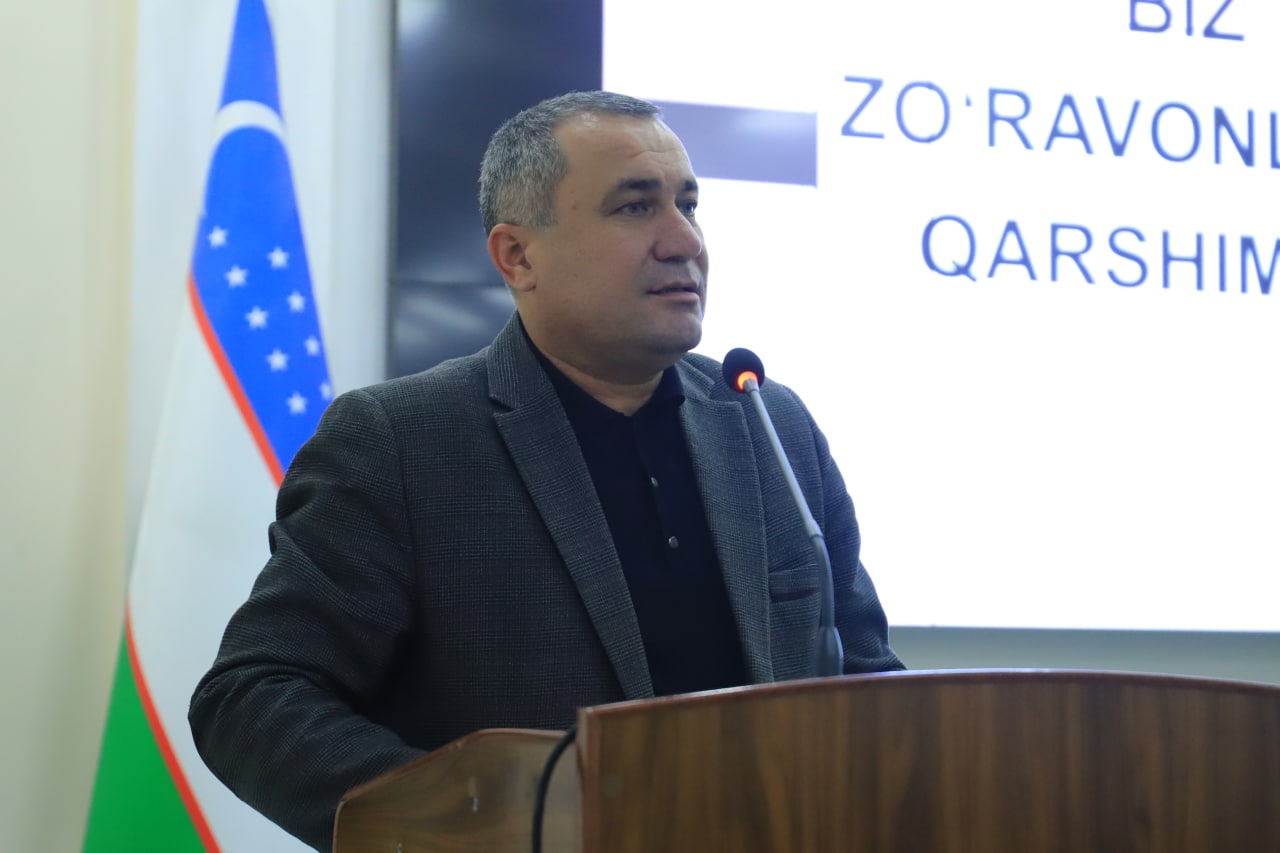 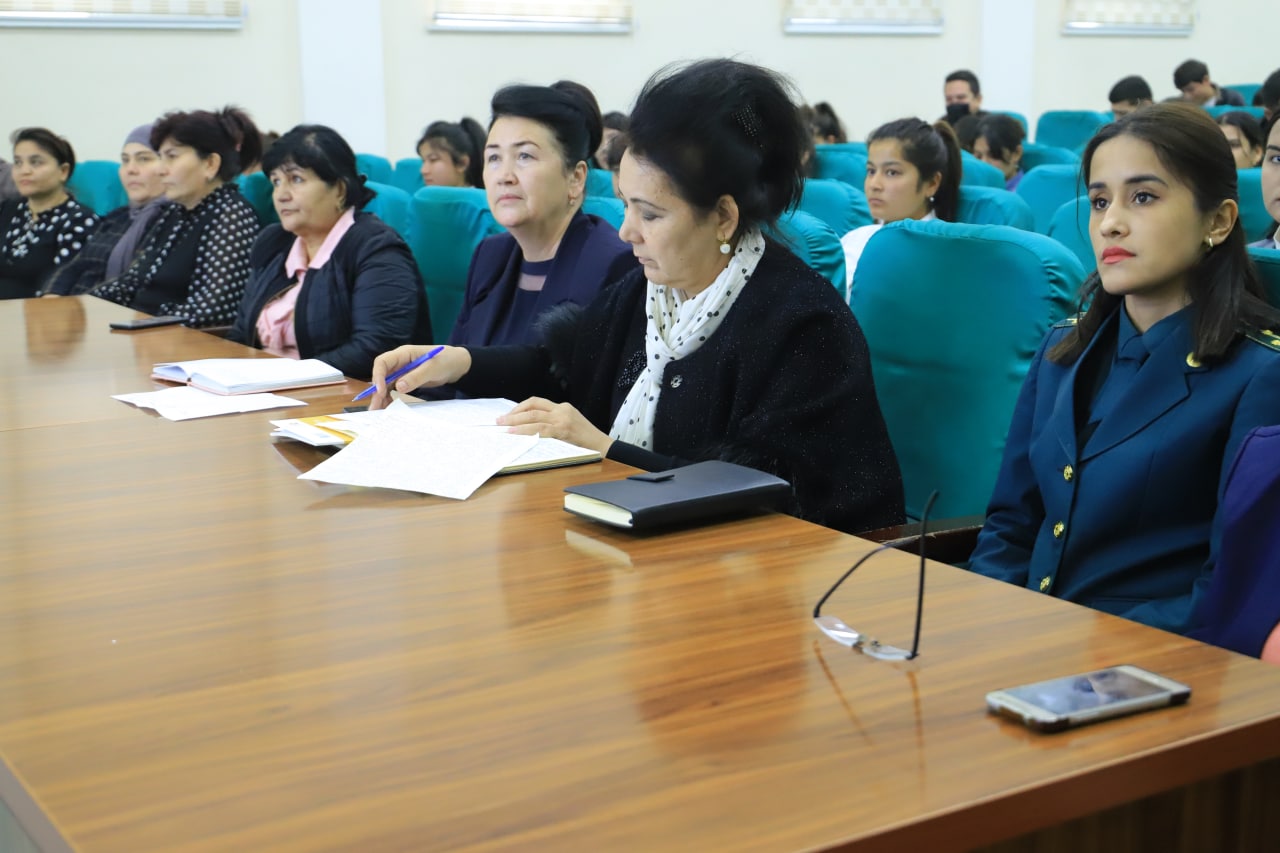 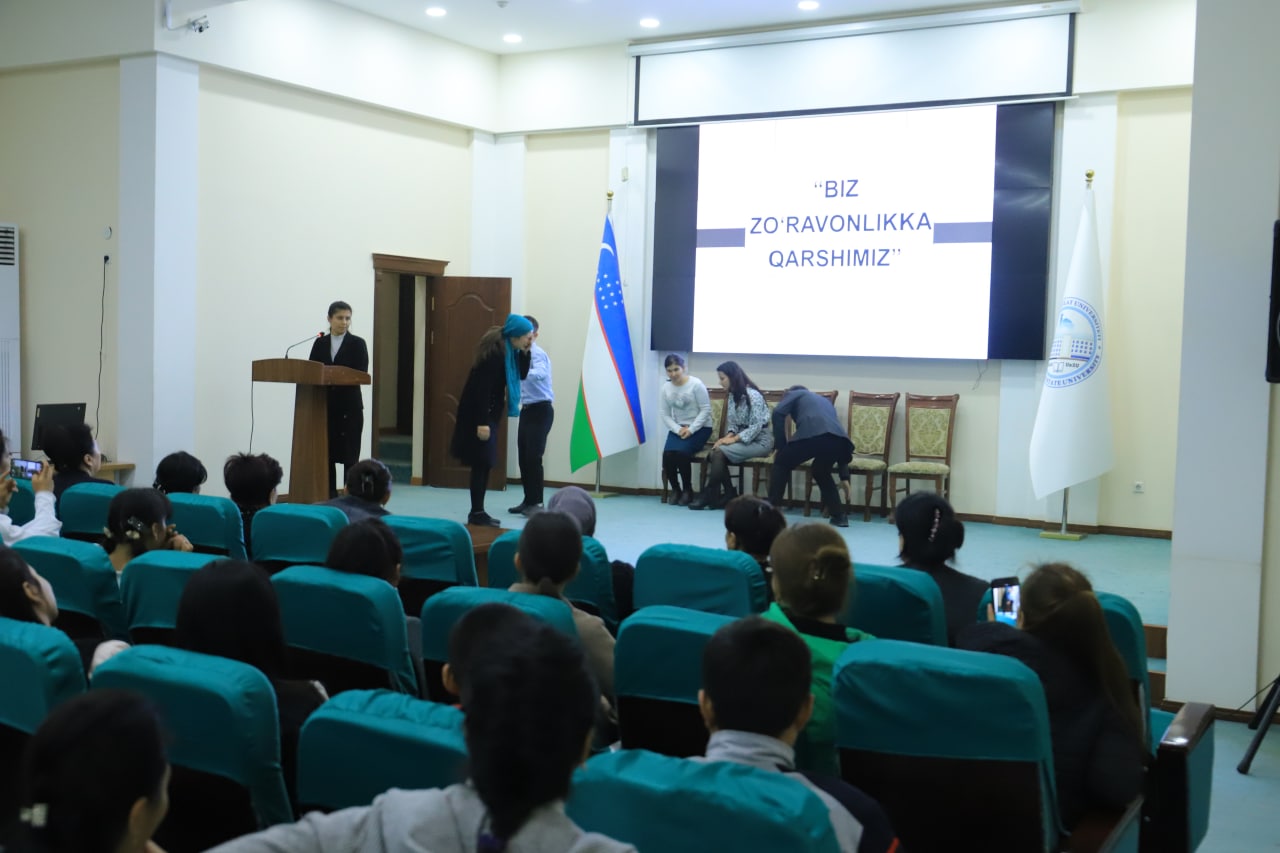